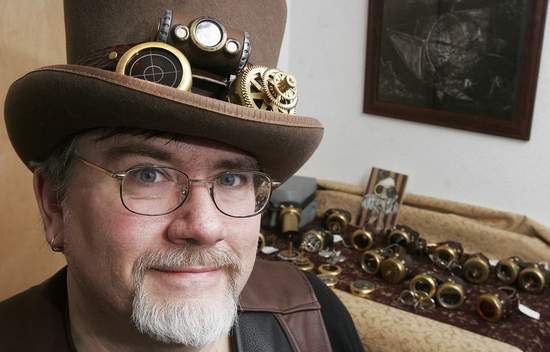 See Steambaby’s Goggles in Our Deck of Cards at Kickstarter!

Steampunk artist and artisan Mac McGowan specializes in creating hand built brass and leather goggles, which have been featured in film, television, and on stage with the band Abney Park among others. He became a leathercrafter at age 10 and for many years pursued it as a hobby before making the jump to full-time independent work in 2005.

Mac and his daughters Julie and Melissa often visit conventions, festivals, fairs and steampunk scenes up and down the west coast. Mac has had careers in radio and in public affairs before turning attention to leather art. He makes his home in Salem, Oregon.