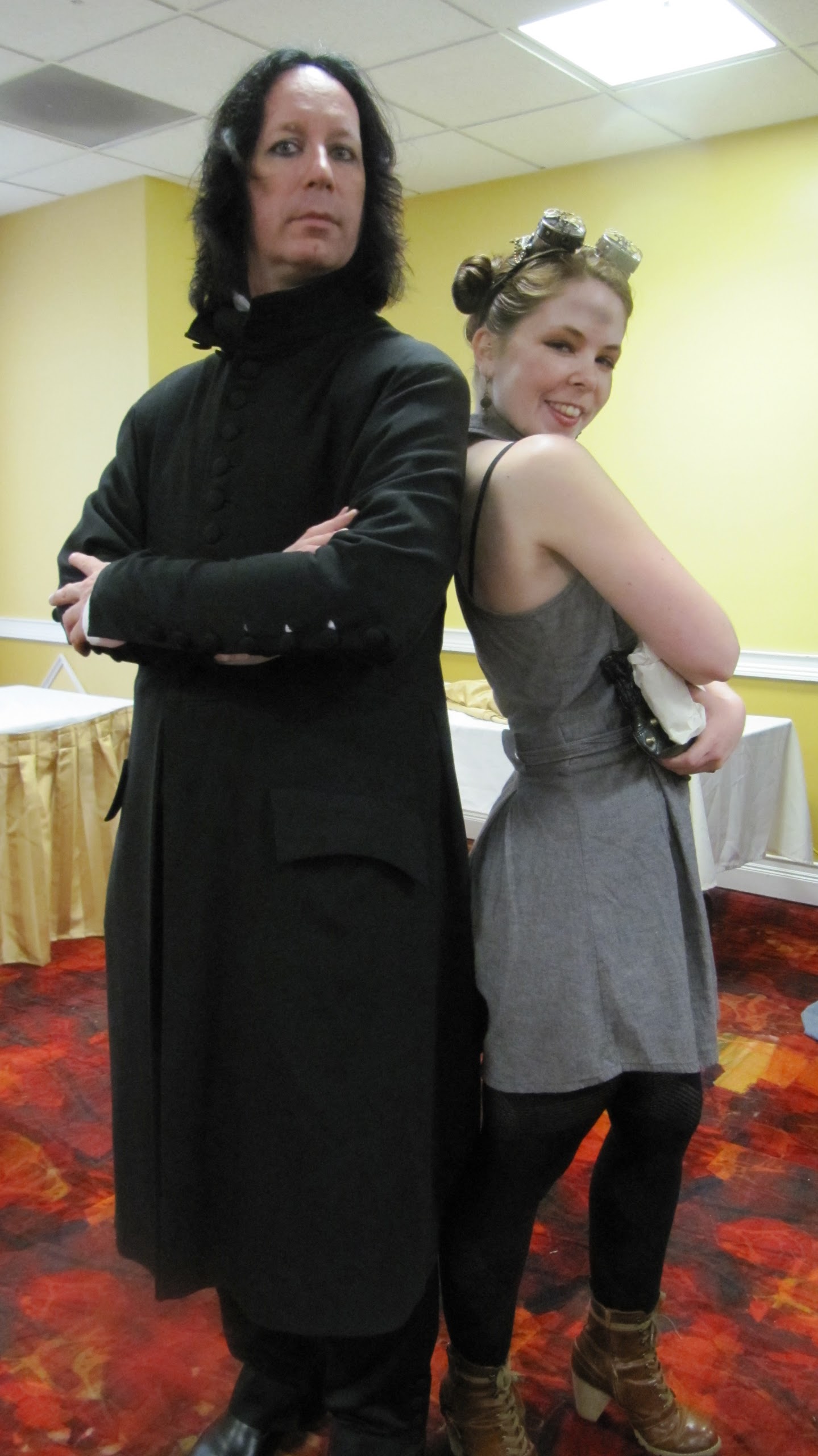 Who knew that Professor Snape was interested in Steampunk Culture.

Beyond the everyday steampunk people, there were celebrities like Bane, Severus Snape, and Alice who took a special interest in Steampunk. Snape may not have been decked out in accessories, but he was more than happy to take photos with the everyday Steampunkers like me. Not to mention that later in the day he even changed into his full robes! 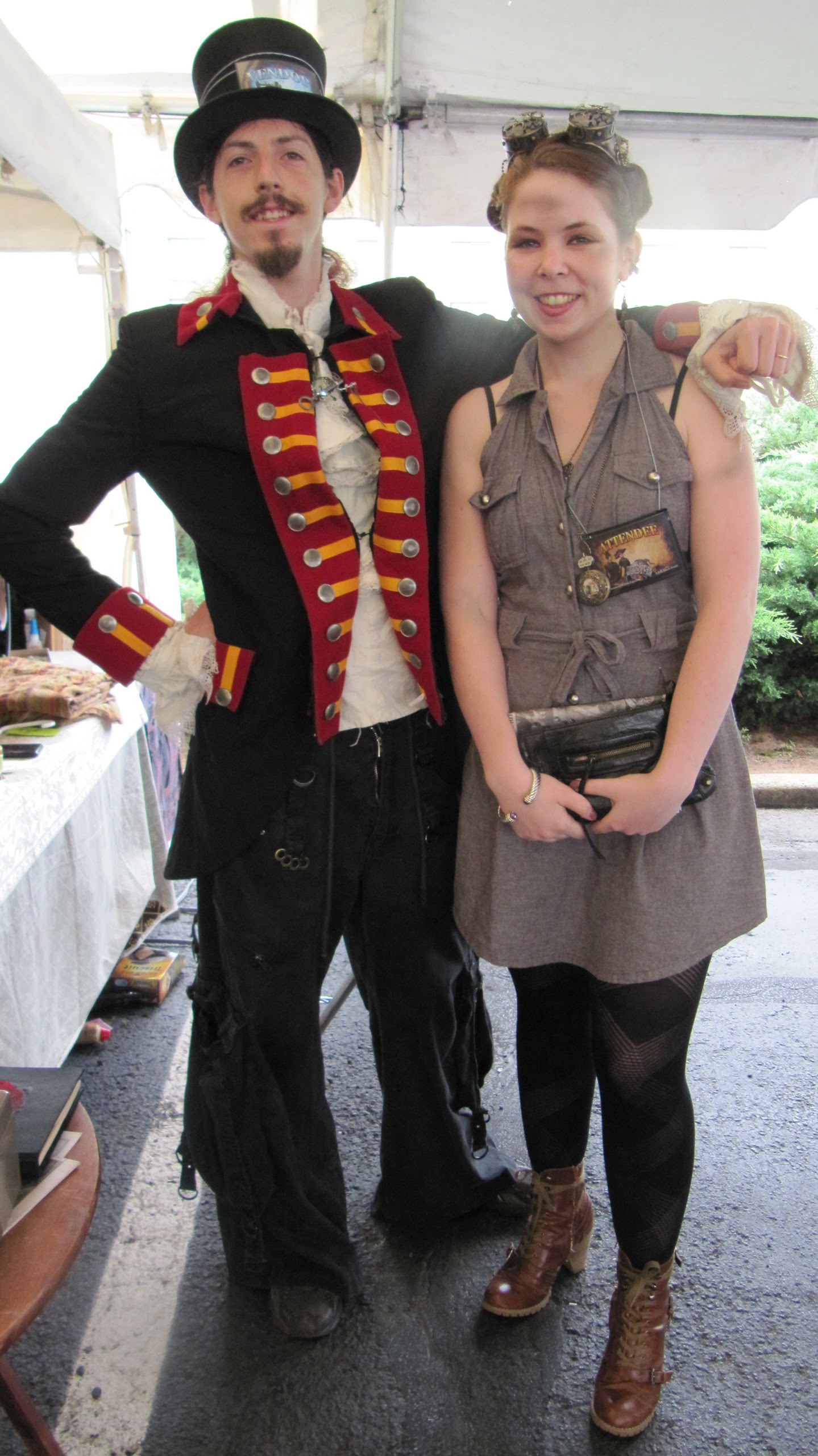 Even the vendors took the time to get dressed up.

One of the great things about the Steampunk World’s Fair was the authenticity of many who attended. This vendor, even put on an accent while he was talking to customers, and it helped to make the atmosphere that much more believeable. 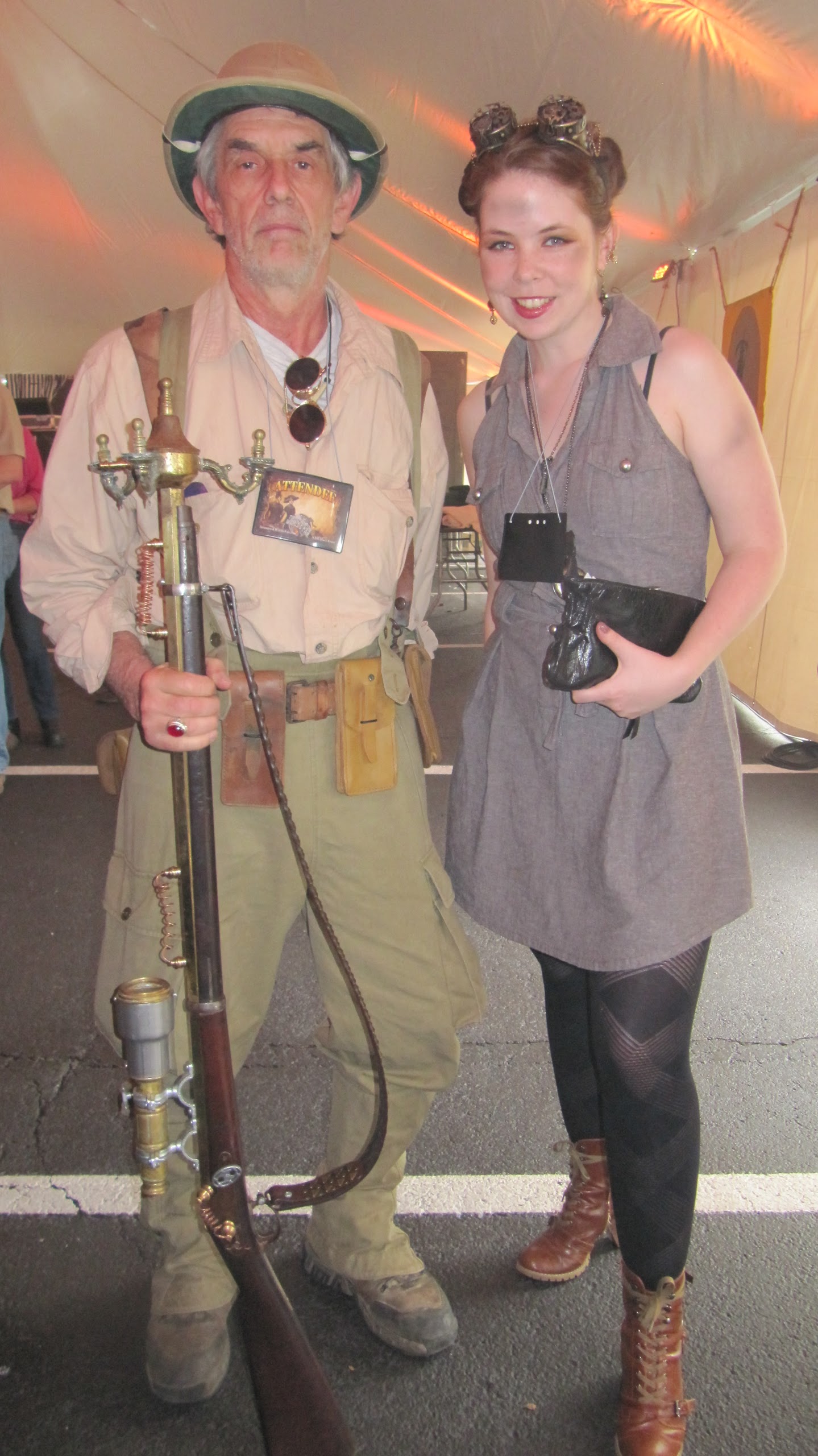 Homemade guns were not unusual at this event.

As I walked around the Steampunk Fair Grounds. I wasn’t surprised to see fancy guns strapped to the sides of attendees. What was surprising was what one person after another told me about them. Almost everyone I spoke with had personally modefied their weapons. This man was rightfully proud of his gun and passionately described how he was inspired to create it and what it took to bring his vision to life.

For today, I leave you with one last photo. This man made quite an entrance into every tent he entered. Plus, he had a horn so if you didn’t notice him at first you would soon hear him! This was certainly a classy way to travel around the fair, and I wouldn’t mind having one of these for myself. 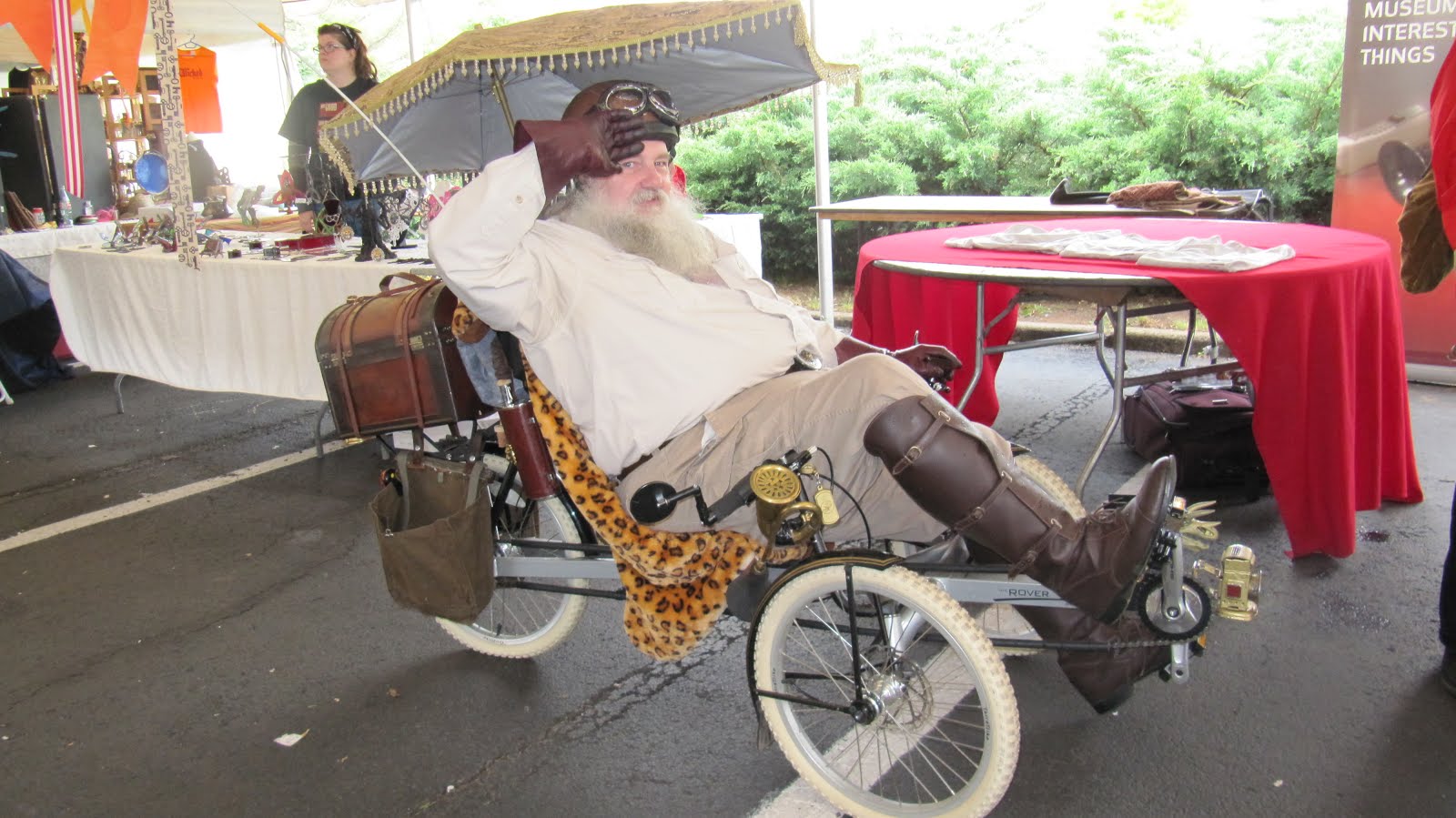 When you aren’t flying around in a time machine, here is oneway to travel.