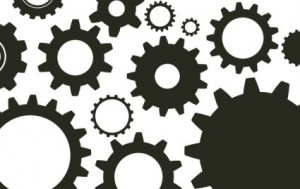 Comic Con in Chile saw a pop of Steampunk culture!

From May 20th, 2013 to the 26th, Comic Con spent some time in the Republic of Chile. Bringing in all types of fans from all over the red-hot country, the typical superheroes moved aside for a take-over of the steampunk variety. Women and men donned dreamy comic con outfits this 2013 to show off their sultry South American steampunk style.

Who says steampunk is only for the Brits? Although commonly considered to be “Victorian,” the genre or style has been embraced all over the world. Each country brings its own culture and diverse flair to steampunk, and Chile is no exception. Let’s take a look at how our Latin friends interpret this terrific trend.

Chileans like to bring a little extra spice to their look. Black and white reigned this year, proving that contrast is key in this ensemble. As you can see, a corset and short skirt, paired with festive, stripped tights and a garter, showed just how sexy steampunk can be. Her outfit is topped off with a fantastic amount of steampunk jewelry to complete her look. It’s all about the brass. Earnings and cocktail rings gleamed, while giant gears and even an enormous octopus were pinned as broaches.

Jewelry is essential when it comes to the style of steampunk, since it adds a quirky and exciting element to the ensemble. Go for bronze and brass pieces that offer an old timey feel with a fantastic sheen. You’ll add a much-needed blend of industrial and romantic appeal, a must for steampunk looks. Try having at least one statement piece. Don’t be afraid to go big, but be careful of going overboard.

Because she had such large embellishments (like her fabulous friend from the ocean), she kept the rest of her pieces on the smaller side. Had she worn pieces all of the same size, no particular piece would stand out, and her flair would fall short. Notice how she overlaps two necklaces – this is a great way to create a new piece all together. By bringing two different styles, you can show off your own unique fashion sense. Don’t be afraid to add some steampunk style on your own terms. Check out her corset, for example. Instead of adding another necklace to her neck, she places the oversized piece on her waist instead. Genius! This adds another focal point to her look. Complete with a stone that is similar to her ring and other necklace, she gives a nod to vintage class with a string of gorgeous pearls. Talk about creative!

Steampunk style is not solely found in the US or UK, and the genre has taken off in several countries. Even in South America, our Latin steampunks display their take on the style with a supreme amount of jewelry and sex appeal. Take a cue from the spicy Chileans. Be bold and bright with your jewelry choices!