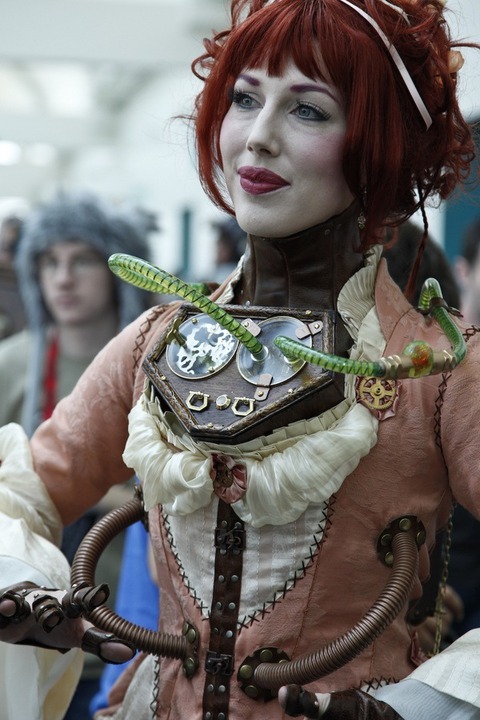 Steampunk was better than ever this year at Comic Con.

For a lot of people New York Comic Con is THE event of the year. Over the course of four days The Javits Center in New York City plays host to the best in Geek Culture including comics, video games, entertainment and, of course, CosPlay. As the event grows every year more and more genres are included, and Steampunk has definitely been on the rise. This year attendees could check out several Steampunk panels and strut their stuff in Steampunk inspired costumes.

One panel, Steampunk as a Super Culture, dealt specifically with the growth and change of Steampunk over the years. Topics of discussion ranged from the origins of Steampunk as “Victorian Science Fiction,” to its growing popularity elevating it from sub-culture to fully recognized Super Culture or “Fandom.”

In a similar vein Welcome to the Brass Screen: Steampunk TV and Film gathered industry professionals to discuss their own Steampunk projects as well as offer their views as to why Steampunk is becoming the new hot ticket in Hollywood.

Other Steampunk themed panels included “50 years of Doctor Who”, a celebration of the long running British TV series, “Steam it Up – Steampunk in Publishing”, focusing on the changing face of Steampunk literature, a book signing of “Anatomy of Steampunk”  from Quayside Publishing  and a Q&A with John Barrowman of Torchwood  fame.

Also at the Con, Steampunk and Comic enthusiasts alike were still buzzing from an earlier announcement about a new Steampunk-themed comic titled Legenderry: A Steampunk Adventure.

New Steampunk Comic books are on their way!

The seven-issue monthly book released through Dynamite Entertainment will launch in January, and feature classic characters of comics and film with a Steampunk twist. Characters expected to make an appearance in the series include The Six Million Dollar man, Zorro, and Dynamite licensed characters Red Sonja and The Phantom. This is Willingham’s first foray into the Steampunk world but in a press release Dynamite CEO and publisher Nick Barrucci had this to say, “I’ve personally known Bill Willingham for over three decades, and regard him as one of the most talented, hardworking, and innovative creators in our industry,” Legenderry’s artwork will be in the capable hands of long time Dynamite artist Johnny D.

And it wouldn’t be Comic Con without costumes. Every year professional and amateur costumers put painstaking detail into creative, authentic, and stunning costumes to debut on the Con floor. Photos from this year’s Con showed a rise in Steampunk inspired costumes ranging from Steampunk Bane and Catwoman, to more traditional Steampunk figures like Doctor Who and his Tardis. People of all ages joined in on the fun, including this young Doctor Who fan in a homemade Dalek Costume.We see a pair of brass Steampunk goggles in his future! 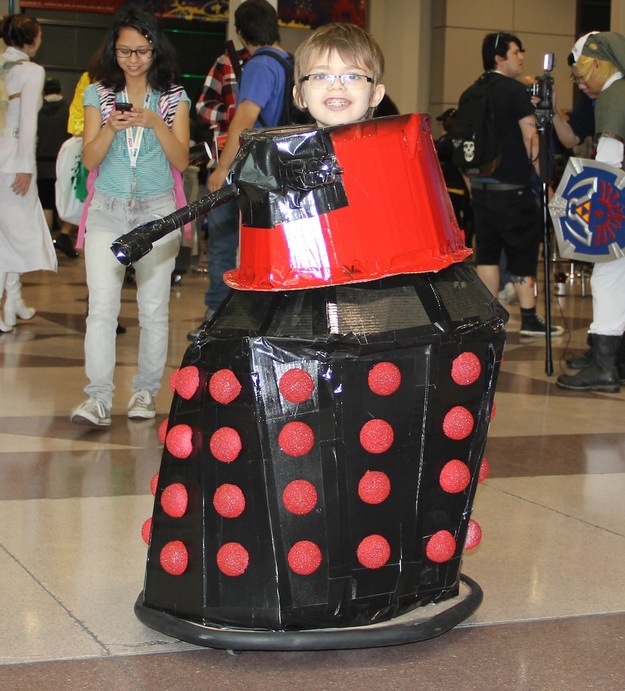