“Mom, Dad, I have something to tell you…I’m into Steampunk”

“Oh honey, we know. The goggles really gave it away. But we love you no matter what.”

“I’m the luckiest kid in the world!”

Has this ever happened to you? Of course it hasn’t. Firstly, because you don’t live in a family sitcom from the 90’s. But secondly because this is a much more likely scenario: 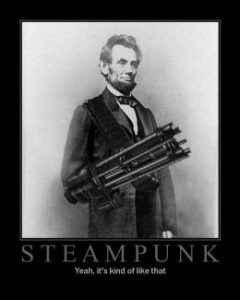 Steampunk gets more and more popular every day but there are still people out there who have never heard of it. Here are some answers we got when taking a random poll and asking a few people, “What is Steampunk?”

“You mechanize the human form utilizing steam. Its got weapons and gadgets”

What’s funny is that all of those answers are right in some way. Especially the last one, because we all know the only thing worse than the confused silence after mentioning Steampunk to someone who’s never heard of it is trying to explain what it is.Sometimes even hardcore Steampunkers find it difficult to boil Steampunk down to a few sentences because it covers so much ground as a genre. Books, Music, Jewelry, Fashion, Movies – Anything can be Steampunked. But how do you describe it without launching into a two hour lecture?

In the name of science (and because it was Friday) we first asked Steampunk fan Kevin how he would describe Steampunk in a nutshell:

“It’s a style of dress and accessory that harkens back to dawn of the industrial age (1860-1920?), that mixes different levels of Victorian dress with the gears, piping, and steam-powered machinery of the era.”

We then asked Kevin how he usually describes Steampunk to people who have never heard of it.

“The train from Back to the Future III. You have a train from the 1800’s and it got turned into a time machine using ONLY technology that was available to Doc Brown in the old west. The final look of it is an old fashioned train with sci-fi technology, but the key part is that it’s not using ANY modern technology at all.” 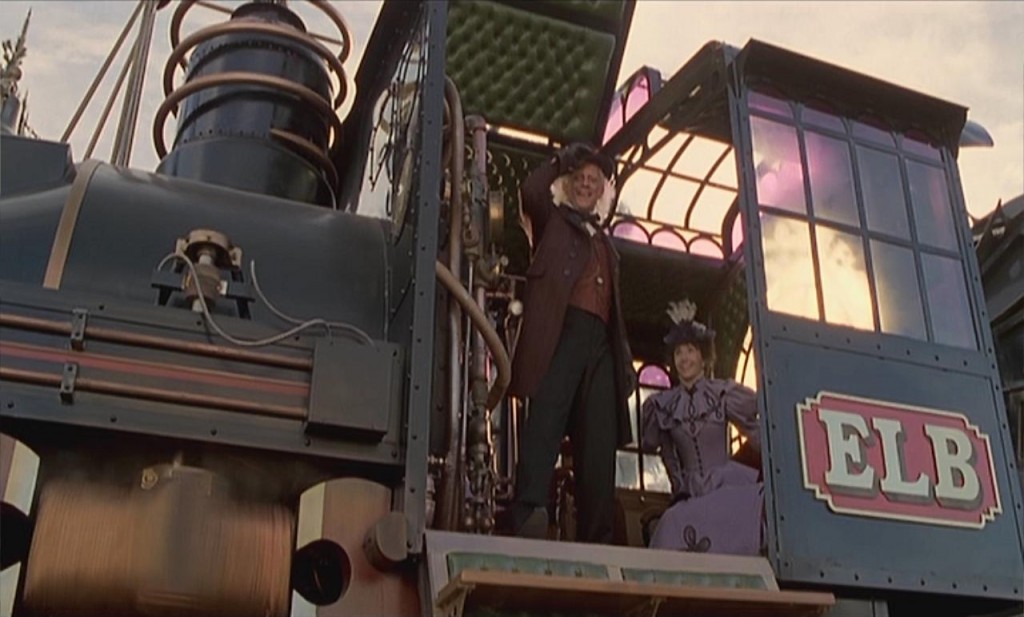 Not only was that a really accessible description it got us thinking, maybe a picture was worth a thousand words.  So we decided to do something radical – we showed some Steampunk photos to someone who had never heard of Steampunk before and asked them to tell US what it was. Now it wouldn’t be a complete appraisal of Steampunk culture, as this doesn’t allow for literature or music, but we figured it was a start!

Our brave guinea pig was LaToya. She agreed to look at a few photos of things that were Steampunk and then give us her impression as a whole. She had never heard of Steampunk and wasn’t given any explanation other than it was a style that spanned a lot of genres. Here are some of the photos she was shown. 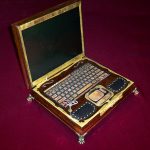 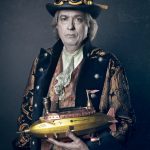 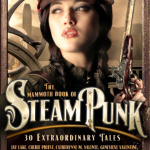 The Mammoth Book of Steampunk by Sean Wallace 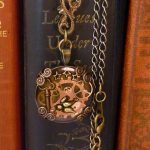 Available for purchase at www.steampunkjewelry.com and way cooler than that guy’s toy Zeppelin

After studying many more examples these were some of her thoughts:

“The time period looks really Victorian, some of it reminds me of Sherlock Holmes, some of it looks like A Christmas Carol, and there are some things that look like Gangs of New York or Mary Poppins. It’s fashionable but with a twist. It’s got a dark color palate and makes me think of people working with machines or down in mines. Overall the whole style looks like it’s about making things look old fashioned, but adding some sci-fi to it.” Though not as detailed as Kevin’s description LaToya hit a lot of the same points in her observations. But the true test was yet to come.

We put an electric stapler in front of her and asked her if she was going to Steampunk this ordinary stapler what would she do. Her reaction was instant,  “Put some goggles on it!”  After being acquainted with Steampunk for only a few minutes LaToya had already zeroed in on its biggest visual hallmark. ”The goggles are what make the look. Some of the photos of people you showed me without goggles didn’t look as “Steampunk” to me as the ones that did. That’s what gives it that feeling of working with machines, and steam, and sci-fi.”

So the next time someone asks you what Steampunk is the show and tell method may be the easiest way to start out. Step two: Put some steampunk goggles on them! 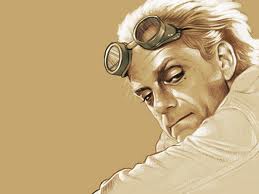 “Baby, you know you want these goggles”