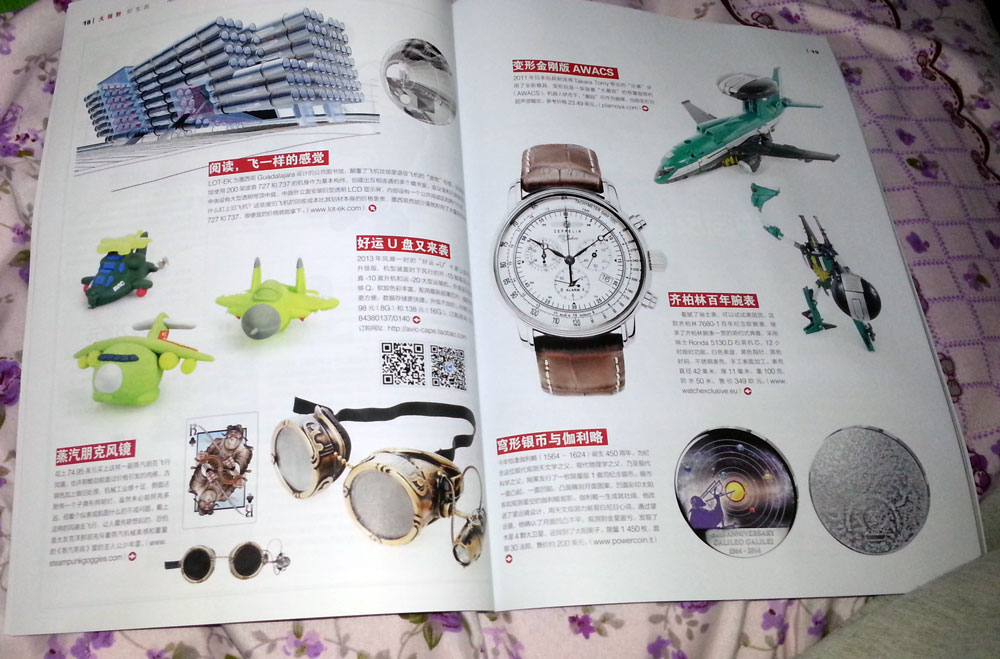 Some of you no doubt remember our Kickstarter campaign to produce a deck of steampunk playing cards at the beginning of the year. We have received a lot of praise from backers of our project all over the world after they received the final product. One of them, John Ridlon picked up the Jack of Clubs likeness in the deck for his brother, Jack. He’s been in Baotou, Inner Mongolia, China lately and sent us this note out of the blue (reprinted with permission):

I picked up a magazine in China yesterday for a friend in America. I picked it ’cause it is space technology with lots of colorful pics,  since neither of us can read much Chinese. I was thumbing through looking at pictures of spaceships and old American tin toys of Apollo and such and…. Guess what I found! 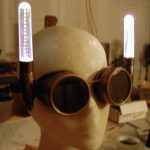 The note was accompanied by a few shots of an aerospace magazine in China with pictures of these goggles designed by PH Factor, and the King of Clubs from our deck as they are featured in the artwork. We’re working on a human translation of the text, but the gist of it is Steampunk Goggles as the title, followed by a description of the goggles as being cool with an antiqued bronze look and a bullet-shaped light, and a reference to Steamboy and Japanese manga artist, screenwriter and director, Katsuhiro Otomo.

Pretty cool, right? Get them here